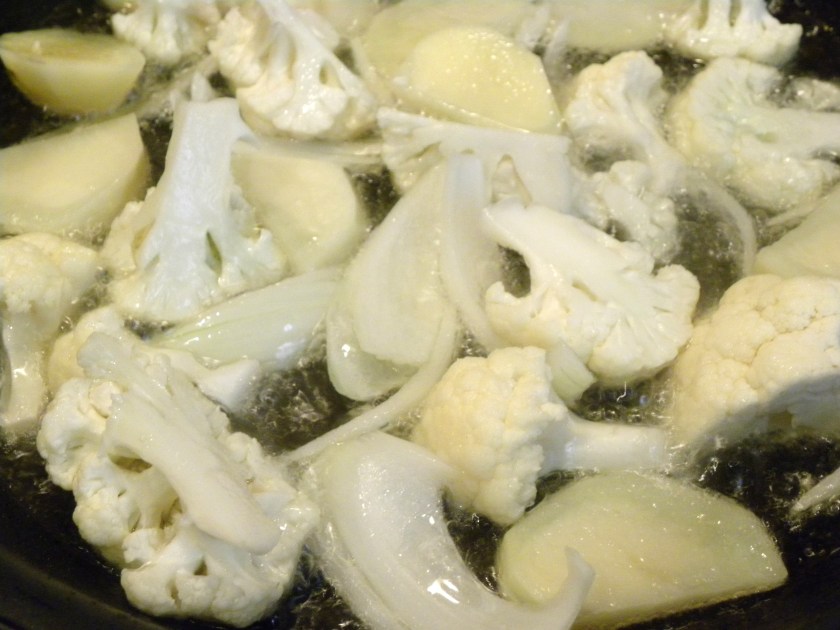 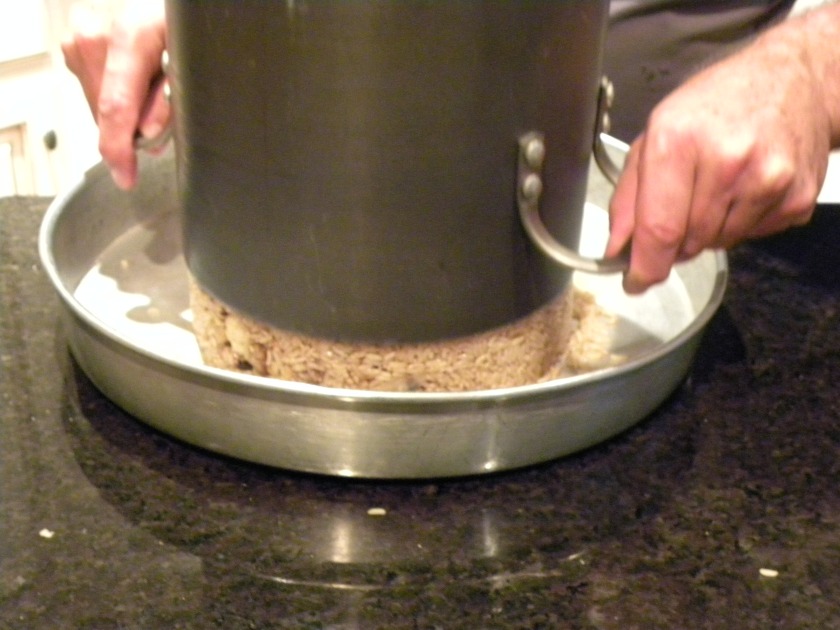 In case you hadn’t noticed, I haven’t been cooking as regularly as I have in the past.  I just kind of hit a lull and found it hard to get back into the swing of things. I love cooking – more than I thought I would actually. I guess I just thought this project would bring me some sort of enlightenment or connection to my mother in a way nothing else has so far. And, so far, it hasn’t.

But, you know what? I’m done worrying about all that. Instead of focusing on the “feelings” I’m apparently not getting from this endeavor, I’m opting, as of now anyway, to focus on the fact that what I have gained from learning how to cook over these past several months is the chance to spend more time with my dad, to learn about the food I grew up eating and to reconnect to food in a more holistic way.

Let’s hope that’s the last time I’ll be revisiting this subject. On to the food!

So, this week I decided to make a dish I have grown to love over the years – Makloubeh. Until recently, I thought there was only one way to make Makloubeh. My mom’s recipe included rice with cauliflower, potatoes,  onions and chunks of lamb or beef.  Since I was a kid who wasn’t very fond of cauliflower or onions, I had to pick my way around the pot until I emerged victorious with a plate full of rice, meat and potatoes.

My taste buds are different now and I’ve learned over the course of several months that Makloubeh isn’t limited to cauliflower. It can be made vegetarian with veggies like eggplant, tomato, potato and even carrots. My dad is allergic to eggplant and I just don’t care for the taste much, but eggplant with this dish is supposed to be pretty tasty. I have an unhealthy love of carrots, so I’m wondering how this would work with a carrot/potato combo.

The recipe below was pieced together from my dad’s recollection of the dish and some pointers from my mama’s recipe.

1 lb. beef steak (I used a cut of angus beef that was pre-cut for use in stews)

Cut the meat into smaller pieces and boil in a pot of water (go with about 4 cups of water for this). Skim the froth that collects at the surface of the pot and after several minutes add the spices (but only half the salt at this point), reduce heat and cover until the meat is tender. Strain the broth and set aside the broth and meat separately for later use.

Cut cauliflower, potatoes and onions into bite size pieces. Cut the potatoes into flat, half-moon wedges, the onions into strips and the cauliflower florets into manageable chunks. Throw into a big bowl and sprinkle with salt.  Preheat a large, flat skillet with 1/2 – 3/4 cup of light olive oil for frying. Fry up the veggies (including the garlic)  until they are golden brown and place each batch on a plate with paper towels to absorb the excess grease. (Note: If you want to make a healthier version of this dish, you can coat the veggies in a little olive oil and spices and pop them in the oven to roast up versus frying.)

Sprinkle each batch of fried vegetables with a little cinnamon, allspice and nutmeg and add to a large pot that will be used for cooking the makloubeh. Bottom layer is the meat, then layer the fried veggies on top. Once all the veggies are in the pot, add the 3 cups of rice (make sure to rinse thoroughly before cooking) the broth and an additional 3 cups of water to cover the rice and veggies thoroughly. Add salt to taste and bring to a boil. Reduce to low heat after boiling, cover and cook for 30-40 minutes or until rice is tender.

Let cool and then invert into a large, cylindrical baking pan for serving.

Note: If you use the long grain rice, the makloubeh has a better chance of staying in tact and may make for a lovely presentation.